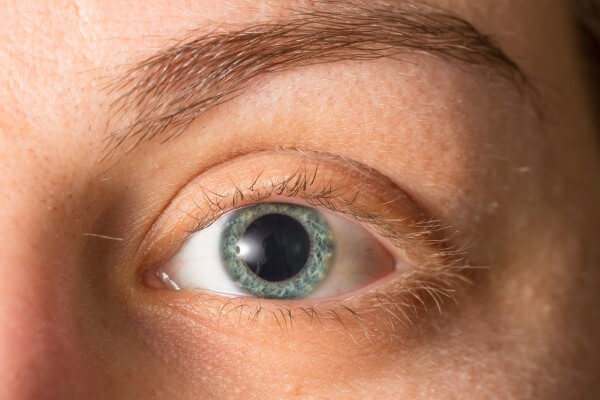 Are you concerned about signs of drug use in your child or another loved one? Dilated pupils, an enlargement of the black portion of the center of the eye, are one common symptom of substance use. Learn more about what drugs cause dilated pupils as well as other potential red flags for addiction.

Some substances trigger the body’s fight or flight adrenaline response by interacting with serotonin and adrenergic receptors in the brain. This chemical reaction leads to mydriasis, the muscle relaxation that allows the eye’s pupil to expand and let in more light.

Stimulants and psychotropic substances most commonly cause pupil dilation. However, this symptom can result from ingesting alcohol, mescaline, cocaine, ecstasy, LSD, psilocybin, MDMA, amphetamines, cannabis, inhalants, narcotics, hallucinogens, bath salts, ketamine, and SSRI antidepressants. Pupil dilation is also associated with heroin and opioid withdrawal. This symptom tends to wear off, along with the other effects of the drug.

Some drugs, most commonly opioids such as heroin, cause pinpoint pupils. The pupils get smaller and do not respond to light. If your friend or family member displays this symptom, call 911 as it could indicate an overdose. Alcohol, cocaine, and marijuana may cause bloodshot eyes since these substances cause the blood vessels around the pupils to expand.

First responders use a resource, the Drug Recognition Card, developed by the International Association of Chiefs of Police. This chart compares pupil diameter on individuals who have ingested the various substances listed above, as well as categories such as light reaction, convergence, and gaze.

Accessing the resource may provide some insight into which substance a person has taken if any. In the absence of a chart, the American Journal of Critical Care Medicine reports that most individuals have pupils between 2 and 6 millimeters in diameter.

Other Reasons for Enlarged Pupils

Illicit drug use isn’t the only cause of dilated pupils. This symptom may occur as a result of taking prescription drugs, using Botox, experiencing emotional stress, or sustaining an injury to the eye or brain. Some of the prescription and over-the-counter drugs associated with mydriasis include:

A person may have two different-sized pupils or one fixed pupil that does not respond to light if he or she has suffered a traumatic brain injury or stroke. In either case, seek emergency medical attention. However, note that a difference in the size of 1 millimeter or less is normal and does not pose a concern. Rarely, neurological disorders can cause the eyes to dilate inappropriately, remain fixed or otherwise appear irregular.

Other Symptoms of Drug Use

Pupil changes alone do not necessarily indicate a struggle with substance use, especially in the absence of other addiction symptoms. However, you may have cause for concern if the person also displays unexplained mood changes, tremors, restlessness, confusion, panic, increased heart rate, increased blood pressure, sleep changes, appetite changes and/or other troublesome symptoms. Adolescents may display a lack of interest in activities, a decline in academic performance or a change in friend groups.

If your adolescent son is struggling with substance abuse and/or mental health issues, learn more about the rehabilitation programs at Lakeside Academy, a Christian boarding school with accredited academic programs. In addition to addiction, we address coexisting disorders such as ADHD, bipolar disorder, anger, anxiety, self-harm, and depression. Get in touch today to learn more about our screening and admissions process for boys struggling with addiction and other mental health issues.

"Organizations like Teen Challenge... have a far better approach to dealing with social issues and people in difficulty than do the bureaucrats."

"I truly admire Teen Challenge because of its loving, life-giving ministry to individuals who are bound by life controlling addictions."

"I have not seen a more effective ministry in leading hurting people to a life-transforming relationship with Jesus Christ."

"Teen Challenge offers hope and restoration to individuals by exchanging their views on life with God's perspectives."